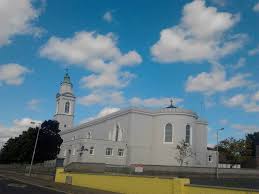 The Church of the Holy Redeemer, Newport, Co. Tipperary

“Catholic Church documents on the handing on of the faith declare unambiguously that it is the primary responsibility of the parents and the family. This pandemic-infested year provided a good opportunity to put this teaching into practice.”

So declared Margaret Lee, parishioner of Newport, Birdhill and Toor Catholic parish in Co Tipperary, in an article for the Irish Times, 7th October 2020.

Margaret began her article by relating an experience in Sweden – where a Dominican sister and friend was surprised that the ability of any Catholic parish to prepare children for communion could ever be in question.  She could not see the point of school-based faith formation, as the educational system in Sweden is totally different from Ireland’s faith school tradition.

Margaret pointed out that the cancellation of the usual First Communion season in Ireland in 2020 could have enabled parishes to advise families that they, themselves, could prepare children for full participation in the Eucharist.

“They could choose a suitable day for the child to receive the sacrament with his/her family at the local parish Mass, and have their own family celebration. This would remove the ‘we don’t want our child to be deprived when all the other children are having their day’ element and eliminate the spectacle of a church full of adults screening the event on their phones and holding conversations throughout the entire Mass”.

“It is past time that the Catholic hierarchy became proactive in withdrawing its patronage from the school system. Doing so would take a certain amount of courage because such a move would probably provoke anger from some parents and teachers, but the Church has endured much anger in recent years. It would be good to suffer for a worthy cause.”

On the day Margaret’s article appeared, Ireland’s bishops were holding their autumn 2020 meeting.  For signs that Margaret’s advice might be both timely and welcomed by those who chart the Irish church’s course through the present angry seas, ‘watch this space!‘

For those with access, Margaret’s complete Irish Times article can be found here.

For other ACI articles on Faith Formation, click here!