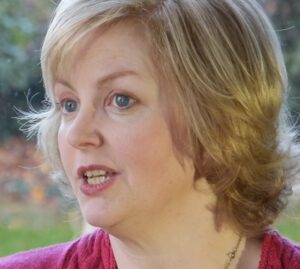 The Irish Times columnist Breda O’Brien has called on former Irish president Mary McAleese to make a ‘simple, dignified’ apology – for attributing to Pope John Paul II ‘the very opposite position to the one that he holds’ – at a function in Trinity College, Dublin on Nov 2nd.

Her article outlines the story of the 1960 book, by the then Karol Wojtyla, ‘Love and Responsibility‘, the original source of the quote used by Mrs Aleese. Her presentation of the quote has drawn criticism from a number of academics for seeming to imply that Pope St John Paul II had condoned rape within marriage.

The episode was recorded in a podcast, while a transcription of the relevant exchange can be found here.

Ms O’Brien does not accept Mrs McAleese’s defence of the quote – that she had simply quoted the passage as an ‘analogy’ for male domination of women. She asks “Why choose an extract and present it in a way that allows an inaccurate and highly damaging impression of the author’s views to be formed?”

The dignified thing for the former president to do, argues Ms O’Brien, would simply be to deny that she had ever intended to imply that Karol Wojtyla had endorsed rape.

For the full article in the Irish Times, click here.