Parish Catechists the Future of Faith Formation in Ireland? 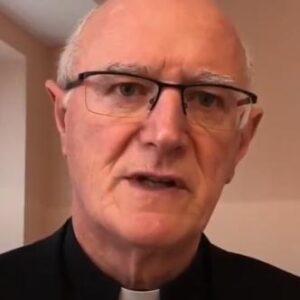 “The handing on of the Faith to the young is one of the most serious challenges facing our Church today,” according to Archbishop Dermot Farrell of Dublin.

He said there was need “for an effective programme of catechetics throughout the diocese to add to and, eventually, replace the current teaching of faith to the young. With the gradual decline of family socialisation in religion, the role of the qualified catechist will be essential.”

The subtext of the Archbishop’s interview – in the 2021 edition of the Maynooth seminary journal ‘Siolta‘ –  is obviously growing concern among the Irish hierarchy over the struggle faced by Irish Catholic schools to develop a sustained faith in their pupils, once early sacraments of communion and confirmation have been received.

This comment by the archbishop follows a decision of Pope Francis in May 2021 to make the role of the Catechist a recognised ministry in the church.

The archbishop declared that the public visibility of Catholic belief in Ireland “has for all intents and purposes vanished.”

Inevitably this has led to the following headline in Belfast’s ‘Irish News‘ : “Christian belief ‘vanished’ in Ireland, Archbishop warns.”

[ Editor’s Comment: As if!  The Archbishop was obviously speaking of the public visibility of the faith at this time – the relatively ‘quiet’ faith of those who do practise and the absence of a ‘high profile’ for religious events, especially during the ongoing pandemic.]

“Public commentary in the media in Ireland has not been positive in its understanding of the Church and its need for vocations, and for public support of those trying to preach the Gospel,” Archbishop Farrell said.

Bishops and priests need “to encourage a participatory institutional model of Church with a leadership of service” to the People of God, who comprise 99.99 per cent of the Church’s members. “When this is grasped all else changes,” he said.

So the message obviously is to ‘watch this space’ rather than count out a church with a proven record of rising with a new ‘shape’ and a new vitality from every apparent disaster. With Ireland about to embark upon a ‘synodal pathway’ towards a national synodal assembly within five years we are likely to hear much more soon about the new parish ministry of the Catechist.