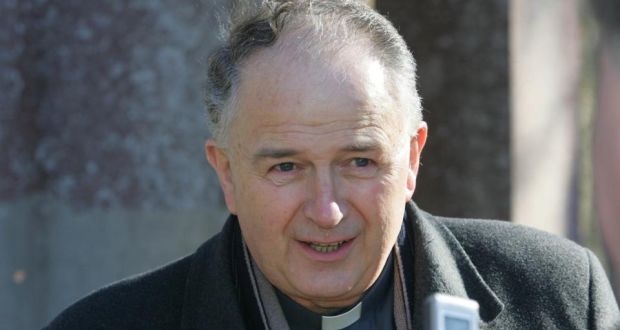 It is good to be here in Knock, at the shrine of Our Lady, now that the Pope Francis has confirmed that he will visit Knock as part of the celebration of the World Meeting of Families in Ireland, from 21 – 26 August next. But then again, it is good to be in Knock at any time, because it is a place of prayer, a place of peace for troubled hearts and souls and bodies. It is a place of hope. I pray that the visit of Pope Francis to Knock and to the World Meeting of Families will bring new hope to us all at this troubled time for the Church in Ireland.

I have been troubled in the weeks since the result of the recent referendum and I am sure you have too. A mixture of shock and sadness. Shock that so many of our people voted to remove an article from our Constitution which protected the lives of the weakest and most vulnerable members of society – unborn children. But the overwhelming feeling was one of sadness: sadness that the culture of life that marked maternity care in Ireland, and that was so successful in protecting the lives of mothers and their unborn children, has now been fatally undermined. At this time we are all in need of new hope and encouragement.

We have a new reality in Ireland, where the Church is no longer the dominant voice in society – as it was when I was young. We have the reality that many are now cultural Catholics rather than Catholics by conviction. We understand now the words of Saint Pope John Paul II before he left Ireland in 1979 – that each new generation is a new continent to be won for Christ. Ireland is now mission territory. Pope Francis has told us that we must see everything we do through the lens of mission. From now on our focus must be on sowing the seed of the Gospel. It must be on mission rather than maintenance.

So the readings in our Mass about planting and sowing seeds are relevant to where we are at. The parable in the first reading is about God planting a cedar: I will plant a shoot on the high mountain of Israel. It will sprout branches and bear fruit, and become a noble cedar. Every kind of bird will live beneath it, every winged creature rest in the shade of its branches.
The cedar is tall, majestic and noble. It dominates the landscape and the birds of the air nest in its branches. It might have been a suitable image for the Church of my youth – a Church which certainly dominated the landscape of our lives.

The parable in the gospel is about the mustard seed: The kingdom of God is like a mustard seed which at the time of its sowing is the smallest of all the seeds on earth; yet once it is sown it grows into the biggest shrub of them all and puts out big branches so that the birds of the air can shelter in its shade.

Jesus knew the parable of the cedar but He does not repeat it. He reshapes it subtly into the parable of the mustard seed to teach us about the kingdom of God. The mustard seed does not grow into a majestic tree, but into a mere shrub. Its branches still provide shelter for the birds of the air, but it does not dominate the landscape. It is a humbler plant than the cedar, but is still hospitable to all and sundry.

The Church of today is, I hope, getting closer to being the kind of Church Jesus wants us to be. It is coming closer to embodying the kingdom of God that Jesus proclaimed. More like the mustard shrub than the cedar. It is no longer the dominant power in society that it was in the past. But it is still very much present. No longer, we hope, imposing on people, but welcoming all who wish to shelter in its shade.

We are called to be a humbler Church today, but to still be a hospitable one. We must never forget that the Church is not for the perfect, but for sinners. Jesus said: ‘I have not come to call the righteous but sinners to repentance’. The Church’s mission is not to compel the unwilling, but to invite the willing. Our task is to sow the seed, not to reap the harvest.

One of the great things that gives me hope since the referendum is the army of people, young and old, who campaigned to retain the Eighth Amendment. I am lost in admiration for the people involved, for their courage and their courtesy: the people who organised, the people who raised funds, the people who spoke with such charity and conviction in the media and the people who canvassed. I know there are many of you here. You are the new evangelists. You have been out sowing the seed of the Gospel of Life in homes and hearts the length and breadth of Ireland. The dream of the Second Vatican Council for the role of the laity in the Church is coming true. For the first time in my life we have had a nationwide mission of evangelisation led and carried out – not by bishops, priests or religious – but by lay people. A mission, not preached in churches, but rather in radio and TV studios, in hotels and homes, on doorsteps and streets. That is truly a quiet revolution.

You may be disappointed with the results, but do not be. You must have the patience of the farmer in the other parable of today’s Gospel. He is the one who sowed the seed and waited night and day for months with no sign of results. But the seed was still growing. You must trust in the power of God who can turn a tiny mustard seed into a great shrub. You have been preaching the Gospel of Life. It may be months or years before that seed grows. You will never know when the word you spoke on a doorstep about the value of human life will touch the heart of the hearer when they need to hear it. The important thing is that you sowed the seed. And that you keep sowing. I leave you with the words of the poet TS Eliot in Choruses from The Rock :

I say to you, make perfect your will.
I say: take no thought of the harvest,
but only of proper sowing.

The role of lay people in the Church has taken a decisive turn. You have gone out, two by two, as the first disciples did, to sow the seed of the Gospel. I pray that this will be the beginning of a new phase in the Church’s mission of evangelisation, and especially of spreading the Gospel of Life. The campaign to protect the lives of unborn children in Ireland has not ended. It has only just begun.

May God bless you all. Amen.

Does this homily mark an important shift in the thinking of Irish bishops about the relationship between church and state? Click here to read why this question now arises.